This is an extract from the e-update March 2017 published by epomm.eu (European Platform on Mobility Management).

In order to change behaviour, three elements need to be in place: people need to have the ability, the opportunity and the motivation to change (see NBS report on Driving Social Change).

For triggering motivation, rewards are an excellent tool. We can divide between extrinsic rewards that are external to the individual, and intrinsic rewards, which include the feelings of fun, mastery and self-efficacy that we experience by doing the targeted behaviour. Rewards can be material (money, food, prizes) or virtual (rankings, positive feedback).

Rewards as an economical benefit

Probably the largest systematic effort to analyse the potential of rewards as a policy means for changing commuter behaviour is a rush hour avoidance project started in 2006 and still operating. These experiments are collectively referred to as the Spitsmijden project. Financial incentives of between €2 to €7 per day are offered to selected travellers if they avoid travelling at peak times. A research report shows that incentives had a major effect on travel behaviour, with approximately 20‐50% of participants either changing their departure time, switching routes, or (less often) shifting to another transport mode. In addition to their effectiveness, the voluntary nature of peak avoidance incentives means they are more positively received than traditional road pricing schemes, which use negative price signals to achieve the same outcomes. However, after the end of the reward scheme, most participants reverted back to their old behaviour. The same observation was made in several road safety reward schemes.

Also very famous is the Travel Smart Rewards programme that Singapore has in place to encourage commuters to avoid using public transport during the peak hours with cash-back. The Travel Smart initiatives include free travel on trains to stations in the city area before 7:45 am. It also awards points to commuters depending on when and how far they travel on trains, with more points awarded for off-peak travel. Some firms are also doing their part by allowing employees to adopt more flexible working hours, enabling telework and teleconferences, or offering events such as early-morning yoga and fitness classes in the city (see our e-update on the New way of working). 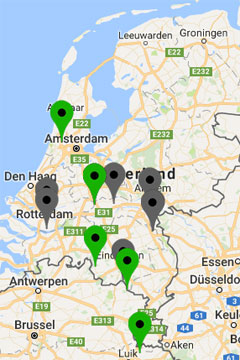 Rewards as a celebration of behaviour change

If we were all very rational, calculating beings, we could easily be convinced to cycle, walk or carpool if given a substantial and lasting reward for it. However, the way we travel is as much an emotional and practical choice, as it is an economical one. And ideally, it should also be a moral choice, as car use is detrimental to society and the environment, while at the same time offering individual advantages. Altruistic and environmental considerations provide a more stable basis for sustainable behaviour than egoistic ones (see Mean or green: which values can promote stable pro-environmental behavior? ). In fact, only 33% of the Spitsmijden subjects participated for the reward, while 43% participated to contribute to solving congestion (van der Knaap & Kraus, 2009, link in Dutch). So obviously, there are limits to the (long-term) effectiveness of rewards and we have to consider carefully how to use them.

Routine daily behaviour tends to be based on habit, i.e. patterns of behaviour that are triggered by context and time (see also this article from the UK National Social Marketing Centre). Giving up ‘bad’ habits can be painful. That’s why we need to reward ourselves for each small step, especially at the start of the process. Rewards that match a person’s desires and motivations can help to break the habit and create new patterns of behaviour. Each time we get a reward, it reinforces the new pattern. When you feel good once, it’s easier to feel good the next time. Think of rewards as fuel to keep you on a new path. When we celebrate behaviour change with rewards, we’re recognizing achievement, motivating ourselves to continue, and building self-esteem. This last part is key to maintaining change, as self-esteem gives us the courage to keep moving forward and to keep trying.

As you can see, this view on rewards has little to do with economic advantage. 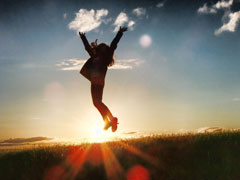 With gifts, participants have greater satisfaction and motivation is higher, compared to monetary rewards. However when asked, most people prefer receiving money (see Preference reversals in evaluations of cash versus non-cash incentives).

People seem more receptive to large monetary rewards compared to small ones (see Pay enough or don't pay at all). But as you offer more additional rewards, people become less sensitive to them. The added value of additional rewards depends on the amount already gained. Thus, in the Spitsmijden project the extra rewards gained by avoiding the peak very frequently will have a lower impact on behaviour than the rewards for avoiding the peak a few times a week. (Ben-Elia & Ettema).

The use of rewards to alter human behaviour has been challenged in literature reviews, textbooks, and the popular media. It is said to undermine the intrinsic motivation for the targeted behaviour. An analysis of a quarter century of research on this topic revealed, however, that if done right, these detrimental effects can be avoided. In his article Motivation as a limit to pricing, Frey suggests that the most important characteristic for consumers’ mental reactions is not the size of the incentive but the degree to which a reward acknowledges the actor’s intrinsic motivation. If an incentive is perceived as a token of approval, it strengthens; if it is perceived as a payment, it weakens the intrinsic motivation. 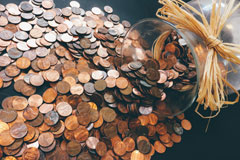 Many apps and online tools have been built to encourage sustainable mobility behaviour using rewards. These can be physical rewards such as prizes and discounts, or virtual rewards according to the principles of gamification. Gamification is a useful tool to trigger behaviour change and to make a behaviour change scheme rewarding in itself. It is destined to work for a simple reason: it may transform a simple, boring everyday task to a fun-to-do undertaking, offering virtual rewards such as some healthy competition with others, status and sense of achievement.

Some examples of gamification and reward apps are: 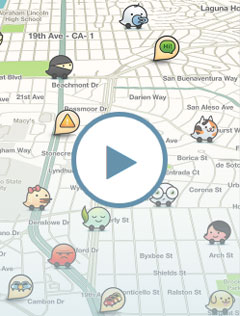 Monetary rewards can be a powerful tool to drive short-term behaviour change. However, rewards that create a positive attitude with a certain behaviour and celebrate each small step in the behaviour change process will raise the chance of achieving a more permanent behaviour change. These rewards have to be relevant to the person’s desires and reinforce his or her sense of self-esteem and intrinsic motivation. So while a few very attractive incentives will give people that extra push to participate in your behaviour change scheme, it is worthwhile to invest in virtual rewards too and to encourage participants to celebrate their own little successes with a small indulgence of their choice.

There are many obstacles to behaviour change – e.g. people have widely varying needs that change over time along with their thresholds and attitudes, so what works for one group at a certain time won’t work for a different group in a different setting or at a later time. Still, there is a great variety of possibilities – and it is proven that incentives help a lot in combination with disincentives and enforcement measures, and make them more effective and easier to implement. 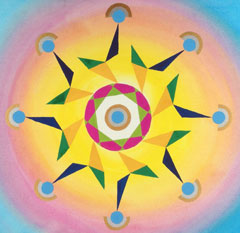 This is an extract from the e-update March 2017 published by epomm.eu (European Platform on Mobility Management). It is also available in French, German and many other languages. SUTP is very grateful to epomm.eu for sharing its valuable resources with the SUTP community! SUTP has contributed the Spanish translation.

SUTP participates in the implementation of the New Urban Agenda (NUA) by publishing a series of Implementation Guides addressed to politicians and practitioners.

You'll find them all here.

Photo of the Week

Available in the following languages:

SUTP is proud partner of