January 16, 2020
The Ukrainian city Lviv's is undergoing major changes in its transport and urban planning. Read here which top ten changes have been accomplished in the year 2019 and what projects are planned to be realized in Lviv in the future. 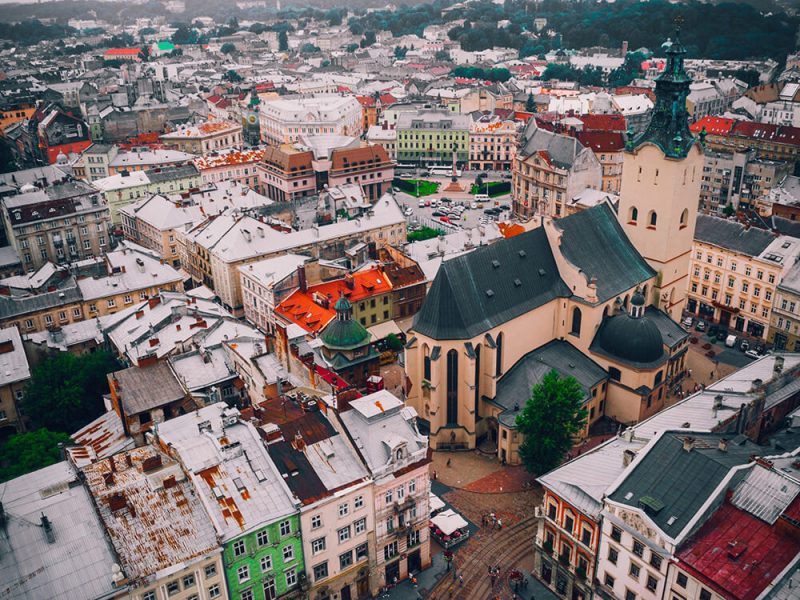 1. Completion of reconstruction of the right side of the station square and prioritization of public transport

The square in front of Lviv’s main train station is undergoing revolutionary changes. It is the first space of such importance in Lviv and completely changes mobility priorities towards a high prioritization of public space, pedestrians and public transport users. This project balances the needs of all users and does not downplay any of them. This year, the right side was dedicated to public transport and the central pedestrian walkway has been started and completed. Next year, they will complete the fountain and begin reconstruction of the left side of the square. Find out more about Lviv’s new central station square here on SUTP. 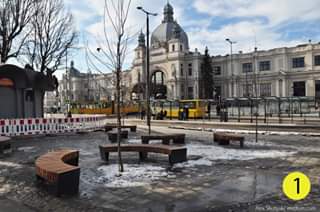 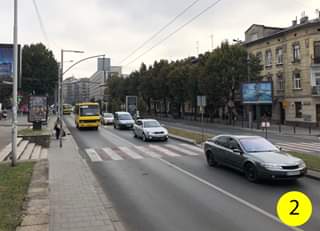 For me, public transport lanes are a symbol of democracy, since in Lviv more than half of the residents move by public transport. Chornovola Ave is the main city artery connecting the northern parts of Lviv with the rest of the city. There are 23 public transit routes along the avenue. This section made it possible to speed up public transport for 9 minutes, but today there are delays in other sections of routes and they do not allow to fully experience the advantage of this section of the lane. Still, it’s a good move in the right direction.

3. Completion of the first stages of pedestrian infrastructure construction along Princess Olga Street and Chornovola Ave 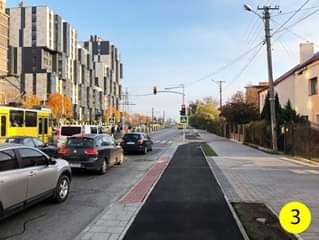 Lviv continues slowly but surely to develop its bicycle network, for example on Chornovola Ave. Princess Olga Street is a key section of the cycle network that allows the northern and southern regions to be linked together through the city centre and should form the so-called “interregional cycle route”. Important is, that these projects form a new quality standard for the construction of bicycle infrastructure. Parallel to the bicycle infrastructure, there is a good development of pedestrian space, public transport, landscaping and parking. Both projects are still pending and will need to be finalized next year. 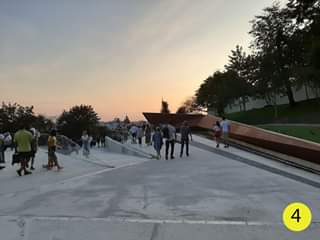 Heavenly Hundred Heroes Memorial has already become a new famous landmark in Lviv. It also demonstrated to all of Ukraine that the memorial complex does not have to be majestic and monumental. The Heavenly Hundred Heroes Memorial has become a good example of high-quality public space, well-integrated into the landscape and it invites the public to come and remember fallen heroes. As with previous projects, it is not yet fully completed and in the second stage a pedestrian bridge over the street should be built.

5. Start of the implementation of a physically dedicated tram track on Svjentsits’koho Street / Ivan Franko 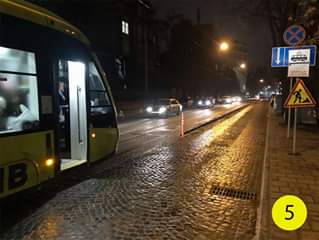 The construction of a tram lane on Svjentsits’koho Street was the largest infrastructure project of Lviv, aiming to facilitate the busiest road of ​​the city with high quality public transport. However, this multimillion-dollar project came to naught when the tram constantly got stuck in congestion in the daily rush hour at the Academy of Arts station. The tram needed a 25 minutes’ drive for the next 300m, therefore people would get out and walk on foot. This was daily stress for thousands of people. After the installation, the tram travel time on this section was reduced by more than 15 minutes. Moreover, traffic jams did not increase, as the additional lane was created by eliminating several parking spots for cars on the roadway. 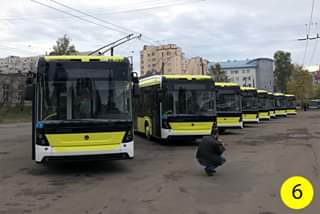 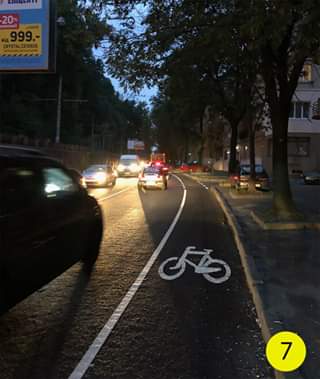 We are very cautious about bicycle lanes. As a cyclist, I fully support this kind of bike infrastructure. It’s an easy, cheap, and effective way to keep your bike moving on the streets. In these areas it was the only way to install the bicycle infrastructure and it fully justified itself. 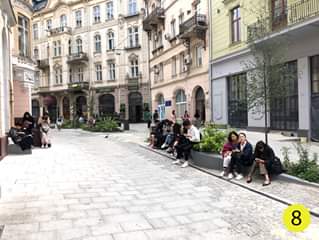 The center of Lviv is gradually becoming more open to pedestrians. The first pedestrian area outside the central pedestrian area was Kurbasa Street in 2015. It proved herself very well and got heavily overcrowded in summer due to the good weather conditions. In 2019, Rudanskoho Street, another semi-dead alley where only a few cars were parked, became an attractive public space. The project considered the problems of Kurbasa Street and physically restricted the number of users in summer time to prevent overcrowding.

9. Opening of the pedestrian area on Copernicus Street 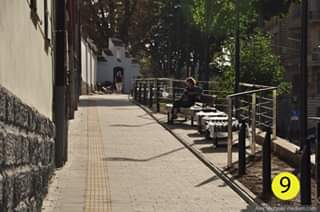 An alley on Copernicus Street along the wall of the church of St. Lazarus could be called a place of fear for a long time. After reconstruction, it has become a good public space that attracts Lviv residents. For me, perhaps the most important part of this project was the consolidation and quality landscaping of the slope.

10. Opening of a modern playground on Teodora Square opposite the Media Library 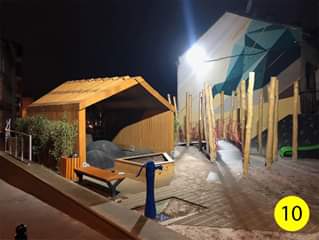 High-quality, atypical playgrounds are gradually beginning to emerge in Lviv. The first one was the playground near the Jura Church and now there was another one constructed near the Media Library – a compact, but very varied and well-equipped playground.